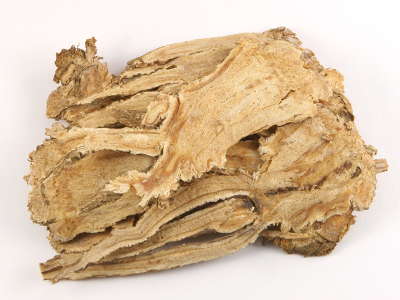 Description, active substances and effects of the angel (angel)

The Chinese (or Chinese ) angel grows in the mountain areas of the middle zone of Asia and is one of the basic plants of the TCM - it is also referred to as a " woman's sigh ", even though the ginseng has nothing to do with the botanical aspect. It belongs to the family of shrubs and in Asia it is used for cooking like parsley or celery. It has a very special scent given by the high content of ligustilide - an aromatic derivative of phthalic acid, which is up to 5% in high quality roots. The content of ferulus acid ligustilide (another important substance) in the Chinese angel is much higher than that of other Angelica species. We do not need to smell the root of the jar. Just put it in the kitchen on the table and in a moment the whole room will smell like a botanical lab. In addition to ligustilide, the root fragrances are further refined: (6,7-epoxyligustilide, butylphthalide, angelicide and butylidenphthalide), terpenoids (β-cadinen, carvacrol and cis-β-ocimen). Ferulic acid does not smell because it carries a carboxyl group firmly in the water phase but is a powerful antioxidant. Other ingredients include vanillin and coumarin: angelol G, angelikon and umbeliferon. In addition, the gallon contains proteoglycan polysaccharides.

The gallop is perhaps a bit exotic for us, but not its content. Ligustilide was first isolated from Ligusticum and other aromas of angels known from other herbs: Butylphthalide smells celery ( Apium graveolens ), β-cadinen flavors Cuban pepper ( Piper cubeba ), carvacrol bears the name Carum carvi and adds the scent Marjoram oil, β-ocimen bears the name of Basil ( Ocimum ), but is part of many other plants, including hops and lavender. Ferulic acid has been named after a ferrule ( Ferula ), but is common in many different plants, just like vanilla. Umbeliferon is found in the entire family of licorice. Thus, the Chinese Angel does not deviate chemically from the normal root vegetable frame. Its preference is different: It has a strong aroma and a specific combination of highly concentrated ingredients.

Not only is the description of the physiological effects of cough difficult, but Regulation 1924/2006 of the European Parliament and of the Council of 20 December 2006 explicitly prohibits dealers to include any so-called " health claims " for food and food supplements (including medicinal plants) Those approved directly by the European Commission or the European Food Safety Authority. So, if you are interested in this well-known and well-researched plant, we recommend consulting with a TČM plant specialist.

Method of consumption of the heel (angel)

It is traditionally used in the form of decoction. The root has an unmistakable, not every pleasant aroma. In Asia, the Chinese goose is culinary in the position of vegetable soup roughly at parsley level. Chinese angel is a vegetable, and we do not have to worry about harmful effects. Its phytochemicals are commonly found in other root vegetables. However, Andelia is grown to a high aroma content and does not need much to eat. It has a stronger aroma than parsley or celery, and its exaggerated amount can easily overflow other ingredients.

Recipes and instructions using the jaw