Rhodiola belongs among the classic adaptogens. The most well-known species is the Rhodiola rosea (golden root, rose root, roseroot, Aaron's rod, Arctic root, king's crown, lignum rhodium, orpin rose), but the genus Rhodiola contains many other species whose healing properties are being studied. In addition to the Rhodiola rosea, Rhodiola crenulata is widely used in TČM.

Sale of Rhodiola (our offer) 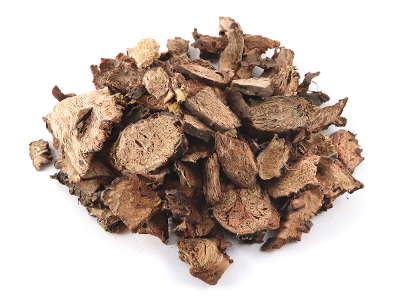 Rhodiola rosea is a popular adaptogen. Its main active ingredient is glycoside salidroside (also rhodioloside). Salidroside is a relatively simple molecule (glucoside tyrosol). It also includes rosin, rosarin, rosavin, flavonoids (rhodionidin, rhodiolgin, rhodalidin, rhodionin, etc.), lignans and common plant terpenoids, which give it a distinctive aroma. Because information on the effects could be interpreted as a "health claim" under Regulation (EC) No 1924/2006 of the European Parliament and of the Council, please search for information elsewhere, you can start here for example.

The Rhodiola root (rhizoma et radix rhodiolae) is used in TČM to treat many different diseases. When using it to treat specific illnesses, follow the instructions of the TCM practitioner. In the Soviet Union, Rhodiola rosea was recommended in 1969 by the Ministry of Health as an adaptogen. Its use has gradually spread to other European and non-European countries. It can be used in the form of a tea by pouring hot water to 2-5g of sliced root.