Schizandra is an adaptogen widely used in the traditional medicine of China and Russia (where it is called "limonnik" according to the acidic taste of berries). Schizandra chinensis (magnolia-vine, Chinese magnolia-vine, schisandra) and Schisandra sphenanthera are mostly used in TCM. Its fruits are called u-wei-dz , the fruits of five flavors (also magnolia berry), because they combine all five basic "flavors" of the TCM magic system (salty, sweet, sour, bitter and spicy). Therefore, according to TCM, the schizanda fetus has a perfectly balanced yin and yang component, explaining its adaptogenic effects .

Sale of Schizandra (our offer) 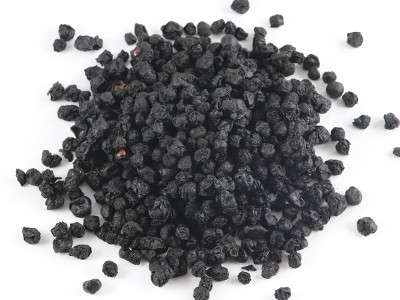 The active ingredients and the effects of schizandra

Schizandra is strongly encouraging. Of its active ingredients, the most important are the schisandrins (e.g., schisandrin A and C), which contain up to 20% of the fruit in a dry weight. In addition, the schizandra fruit contains triterpenoids, lignans, flavonoids, glycosides, antioxidant vitamin C and E, and up to 3% essential oil responsible for the typical odor. It is therefore a natural vitamin and adaptogen bomb.

Since information on the effects of schizandra could be interpreted as a so-called "health claim" under Regulation No 1924/2006 of the European Parliament and of the Council, please consult elsewhere, for example, about the effects of this amazing plant. You can start for example here.

Use and dosage of schizandra

You can easily prepare schizandra fruits by boiling 2-5 grams (1-2 tablespoons) of dried fruit in 200ml of water about 5 minutes. Advantageously, schizandra fruits can be added to black or green tea, where it is a good substitute for lemon (hence the Russian name limonnik). Schizandra fruit can also be used in foods wherever its sour taste does not matter, or consumed in a dry state.

Schizandra can be dosed as other adaptogenic plants (eg goji ), but rather somewhat modestly. Usually 2-5g of dried berries are used per cup of tea, which is consumed 1-3 times a day. Berries can also be consumed in a dried state. It is best to use Schizandra according to the instructions of a physician with knowledge of phytotherapy or practice of TCM.