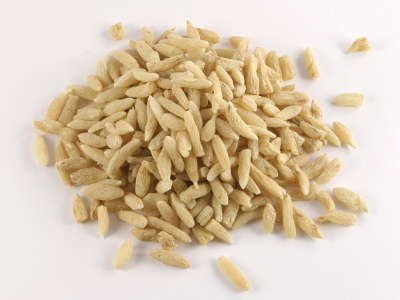 The Japanese sedge is known as an aquarium plant, but for TČM the elongated root tubers of this plant are an important raw material used to reinforce another principle. It has a neutral, slightly sweet taste and is used along with ginseng for the winter strengthening soups of Chinese cuisine. From the culinary point of view, the root tuber contains only a limited amount of starch and excels in the high ratio of proteins to starch.

With roughly 150 biomedical scientific publications, the Japanese sedge ranks among the medically well-researched medicinal plants. Regulation (EC) No 1924/2006 of the European Parliament and of the Council of 20 December 2006 explicitly forbids dealers to include any so-called " health claims " for food and food supplements (including medicinal plants) , except those approved directly by the European Commission or the European Commission For food safety . Since doctors do not have this plant in the curriculum, those interested in its effects, if any, must contact a specialized botany, a pharmacist or a knowledgeable practitioner of the TCM.

How to use the saddle

The Japanese Sedge is used cooked, for example as part of a strong ginseng decoction to highlight some of its properties. The tubers are cooked either whole or cut lengthwise in half. It is a good idea to eat a cooked hammock (it is very slow to breed and it is hard to know if it is already too long). A typical dose is 1-5g (2-10 tubers). Before the preparation is good to let the seduck swell. We can cut some of the tubers on the wheels, some of which is left to decorate the resulting meal with its typical shape.

Recipes and instructions using the seat